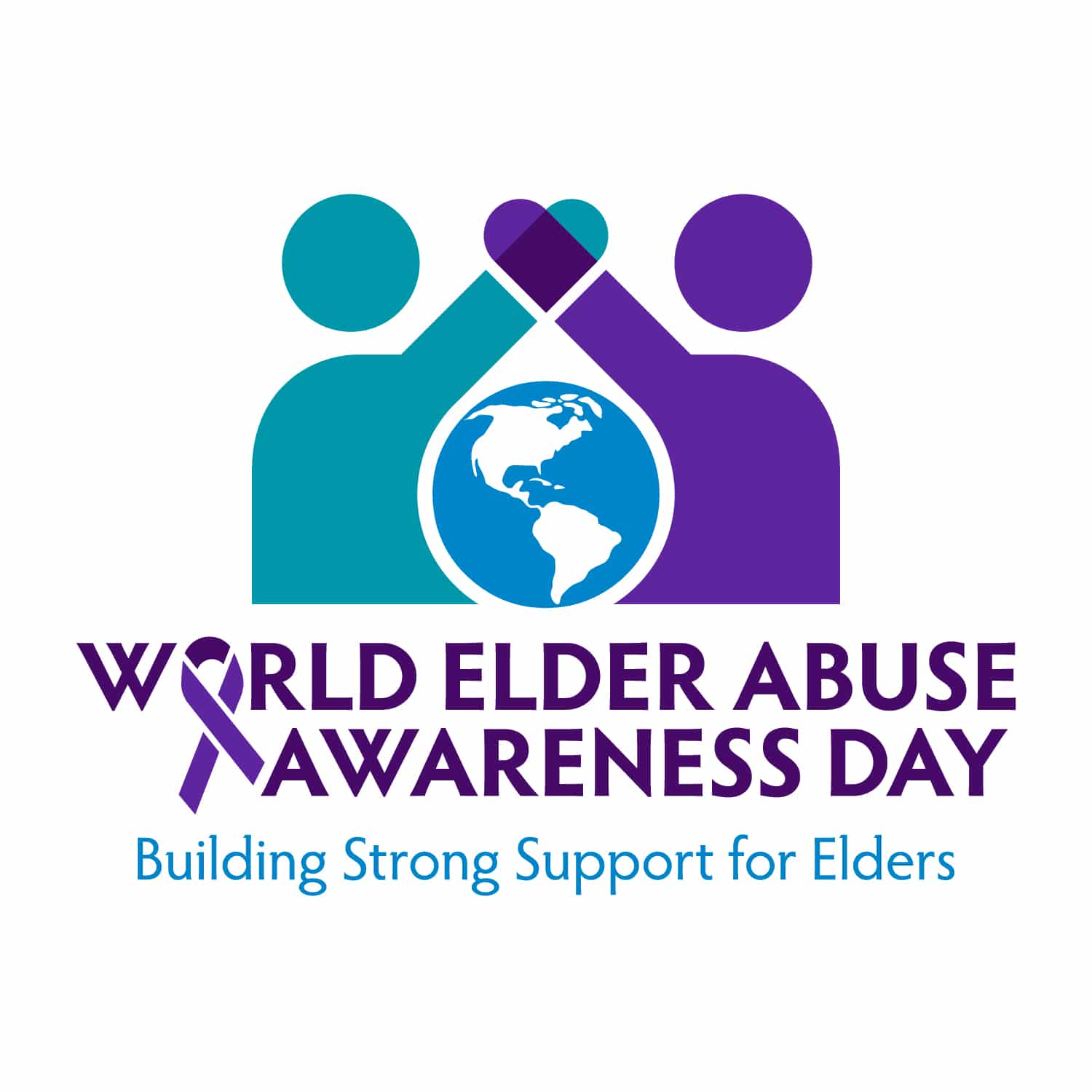 This past Saturday, June 15, was World Elder Abuse Awareness Day. This observation was launched by the International Network for the Prevention of Elder Abuse and the World Health Organization in order to provide communities around the globe with an opportunity to raise awareness about the abuse and neglect of seniors.

On Friday, June 14 in Westerly, Rhode Island, a number of advocates and organizations came together to make their voices heard.

“Sadly, millions of seniors have fallen victim to some sort of elder abuse, neglect or financial exploitation,” said Attorney RJ Connelly III, Certified Elder Law Attorney. “These crimes and activities target some of the most vulnerable individuals in our society, yet they are woefully under-reported.”

Elder abuse is defined as "a single or repeated act, or lack of appropriate action, occurring within any relationship where there is an expectation of trust, which causes harm or distress to an older person. This type of violence constitutes a violation of human rights and includes physical, sexual, psychological, and emotional abuse; financial and material abuse; abandonment; neglect; and serious loss of dignity and respect."

The numbers across the globe are staggering. A 2017 study of 28 countries found that nearly 16 percent of people aged 60 or above had been subjected to some sort of abuse. Those numbers are high enough, however it is likely that the real numbers are much higher.

“There are a number of reasons why the actual numbers are hard to obtain,” stated Connelly.

“We know that our seniors are afraid to report the abuse because those perpetrating the act may be family or friends. They are also afraid that by reporting such abuse and exploitation, it may be perceived by outsiders that they are unable to take care of themselves and will result in institutional placement."

alert providers and caretakers that an elder could be exploited. Those with histories of mental illness or addiction disorders are certainly at a high risk of being the victim of abuse. If seniors with these issues live with a caretaker who also suffers from mental health disorders or substance abuse, this raises the risk that they will be abused exponentially. In such situations, both men and women run the same risk of abuse.

Another risk factor is also present in shared living situations. If the caretaker is dependent

upon the senior financially, the risk of abuse rises again. For the potential abuser, the senior represents a 'gravy train' that they will ride for as long as they can. They have free housing, access to funds so they can buy drugs or alcohol, food and even gas and cigarette money. To keep this income stream protected, the abuser will keep the senior isolated. 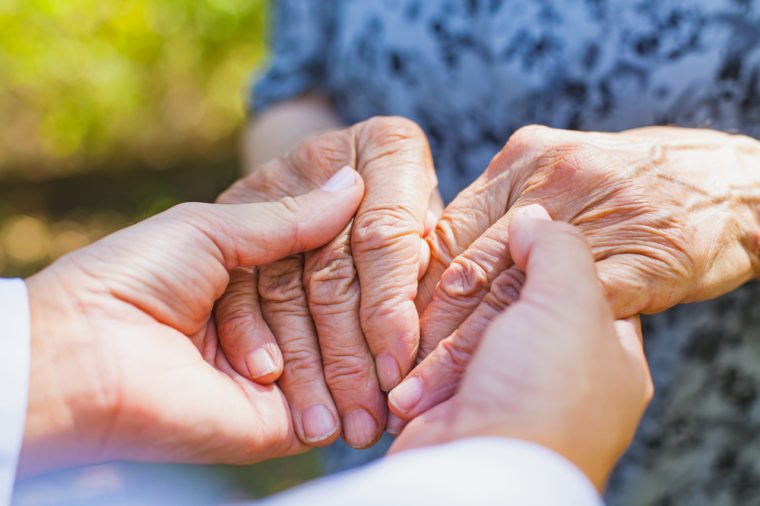 This social isolation allows abuse to continue unchecked. Such activity results in a lack of social support for both the caregiver and the senior leading to a continued loss of mental and physical capacity and it may not be discovered until it is too late - for both.

“A senior who experiences abuse at the hands of a trusted caregiver will usually recede further into isolation as a result of the dynamics that present themselves in the circle of abusive relationships,” stated Connelly.

Because they feel shame, they begin to withdrawal from family, friends and all forms of social activity. And in situations where a senior was raised in a home where abuse was normalized, they will remain quiet because that is what they were taught to do.

Sadly, change is more frightening to a senior than the abuse itself.

There are also socio-cultural factors associated with elder abuse such as stereotypes of seniors being frail, weak and dependent making them the target of those looking to perpetrate a scam or engage in abuse. In essence, they are bombarded from all fronts.

So we have documents the high rates of abuse globally, now the question is, just how are we doing when it comes to elder abuse here in Southern New England? Let's find out.

In December of 2018, GoLocalProv reported on a study by WalletHub which found that Rhode Island ranked “poorly” for the highest number per capita of elder abuse, gross neglect and exploitative complaints, coming in at number 47, just 4 spots from the bottom of the list of states (including the District of Columbia). By contrast, just over the border in Massachusetts, they were ranked as the best in the country for laws and infrastructure to protect their elderly population.

No senior should live in fear af abuse.

But here’s the rub, the ranking by Rhode Island is not for the lack of state spending. According to the same study, Rhode Island is second in the country in the money it spends in an effort to stem such abuse.

When we look at the money spent in the Ocean State versus the complaints being made, we need to question about the efficacy of these expenditures when it appears they are not getting the results expected for the high costs involved. Yet, in speaking with a local politician, he stated that we may need to look at this another way, perhaps the spending is increasing the awareness of the problem and resulting in more reports, hence the low ranking.

Could that be true or a political spin? Hard to say given what we know about seniors and speaking up about abuse, but what we do appear to know is that once a complaint is made, the abuser is rarely held to account.

In a report done by a group of Brown University students, they found that 87 percent of those investigated and charged with elder abuse offenses in the State of Rhode Island between the years of 2000 and 2017 were not incarcerated for their crimes. And evidence does exist that those who abuse elders are at high risk to re-offend. And if they do, would the victims report it again?

Let's take a look at a few reportd cases of elder abuse and exploitation here in Rhode Island to get a flavor of what acts are reported.

“In the case of Mrs. Almeida, we can see how easy it is for a senior to be exploited. She was from Portugal, dependent upon neighbors and had no one to monitor her accounts,” said Connelly. “And we see the typical responses from the perpetrators, portraying themselves in an altruistic light, making rationalizations for their behaviors. There are numerous red flags in that case.”

But there is good news, a number of senior advocates and organizations that provide services to seniors are raising awareness about this problem -- and are strongly committed to seeing things change. 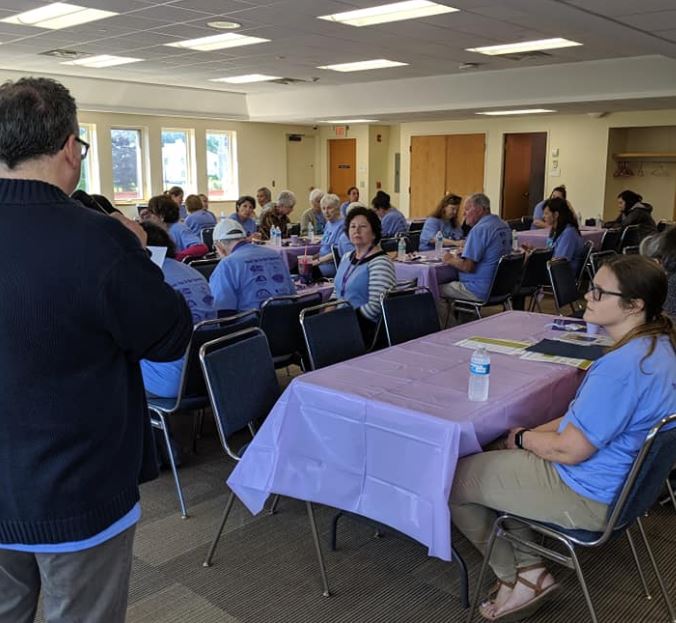 The event co-sponsored by Connelly Law Offices on June 14 is proof that many good people are coming together to address the issue of elder abuse. In an effort to bring this issue to light, PACE of Rhode Island, the Adult Day Center of Westerly, the Pawcatuck Neighborhood Center, Stone Ridge Senior Living Community, Stonington Arms/EHDOC, the Stonington Housing Authority (Edyhte K. Richmond), the Town of Stonington Commission on Aging, Connelly Law Offices and the Westerly Library and Wilcox Park joined forces to send a message that seniors must be protected and advocated for.

As part of the event, a walk took place in Wilcox Park followed by our presentation on Seniors Bullying Seniors in community living programs (see an earlier blog on this subject). As the presenter of this workshop, those in attendance were among the most responsive and enthusiastic group we have presented to. From senior advocates to residents, nearly everyone shared stories about what they either witnessed or were subjected to by other seniors.

Discussion occurred around the issue of Bullying, how to empower those who may be targets of such behaviors and the importance of reporting incidents of bullying. All in attendance agreed that this is a problem that is escalating in senior social and living settings and must be addressed now.

There must be a zero tolerance policy for bullying in nursing, assisted living and senior centers. Recognizing, understanding and correcting this behavior is essential if we are to provide a safe and pleasant living environment for our seniors.

Whether it's bullying, verbal abuse or financial exploitation, our seniors must be protected and supported. If we do not correct this problem today, it will be us on the receiving end of abuse tomorrow.

Attorney Connelly practices in the area of elder law. This area of law involves Medicaid planning and asset protection advice for those individuals entering nursing homes, planning for the possibility of disability through the use of powers of attorney for the both health care and finances, guardianship, estate planning, probate and estate administration, preparation of wills, living trusts and special or supplemental needs trusts. He represents clients primarily in the states of Rhode Island, Connecticut and the Commonwealth of Massachusetts. He was certified as an Elder Law Attorney (CELA) by the National Elder Law Foundation (NELF) in 2008. Attorney Connelly is licensed to practice before the Rhode Island, Massachusetts, Connecticut, and Federal Bars.