A Link Between Gum Disease and Dementia? There's More To This Story 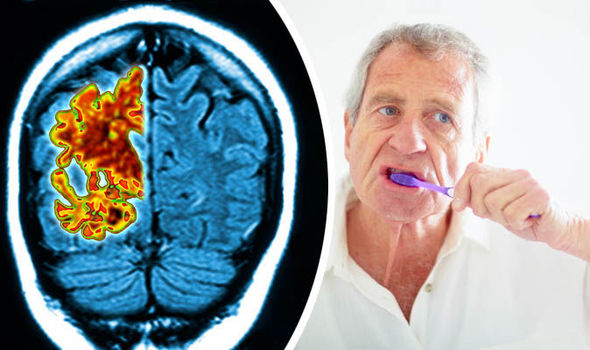 As populations have aged, dementia has skyrocketed to become the fifth biggest cause of death worldwide. Alzheimer’s constitutes some 70 per cent of these cases and yet we don’t know what causes it. The condition, which results in progressive loss of memory and cognitive function, usually over a decade or so, is devastating both to those who have it and to their loved ones.

In the last few months, newspapers have run stories proclaiming that a “clean mouth” may be the answer to preventing dementia. In fact, some of the headlines have even used the word “cure” in their titles. Misleading, but nonetheless, it sells newspapers.

I received a call from a family member after just such a story appeared in one of their local tabloids. She excitedly claimed that a “cure” for Alzheimer’s disease and other forms of dementia had been found. And because our family, especially on my father’s side, is loaded with dementia, it was exciting news to her. “Just where did you hear about this?” I asked her.

She went on to tell me that it was in the New York Post as well as on one of the daytime panel shows. She stated that people who do not practice good oral hygiene and have a high amount of bacteria in their mouth “get dementia.”

“You see,” she exclaimed, “Alzheimer’s and other kinds of dementia are really caused by infections and is not a disease by itself!” Could this be true? Well, as they say, let's slow this one down.

Once again, the gossip shows and the media did their usual bit of providing misinformation to the American public and providing false hope about a disease that is affecting more and more of our seniors. The study she was talking about came from a research paper published by Jan Potempa, a microbiologist from the University of Louisville which reported that discovery of a bacterium called Porphyromonas gingivalis (the pathogen that causes gingivitis) in the brains of deceased Alzheimer’s patients.

The team identified toxic enzymes called gingipains secreted by the bacteria in the brains of Alzheimer's patients, which correlated with two separate markers of the disease: the tau protein, and a protein tag called ubiquitin. But even more compellingly, the team identified these toxic gingipains in the brains of deceased people who were never diagnosed with Alzheimer's.

That's important, because while P. gingivalis and the disease have been linked before, it's never been known – to put it simply – whether gum disease causes Alzheimer's or whether dementia leads to poor oral care. The fact that low levels of gingipains were evident even in people who were never diagnosed with Alzheimer's could be a smoking gun – suggesting they might have developed the condition if they had lived longer.

"Drugs targeting the bacteria's toxic proteins have so far only shown benefit in mice, yet with no new dementia treatments in over 15 years it's important that we test as many approaches as possible to tackle diseases like Alzheimer's," chief scientific officer David Reynolds from Alzheimer's Research commented in a statement. "We will have to see the outcome of this ongoing trial before we know more about its potential as a treatment for Alzheimer's."

"Headlines that claim gum bacteria causes Alzheimer’s disease stretch the science way too far," he said. “It got out of hand. People should not be freaking out just because they didn’t floss enough. It doesn’t mean you’re going to get Alzheimer’s.”

To date, the majority of the research into trying to understand and treat Alzheimer’s has centered around the “amyloid hypothesis”, sticky proteins that act as a defense against bacteria. What has been found is that these proteins can act as a anti-microbial that kills bacteria and has been found to make Alzheimer’s proteins when injected into mice. Enormous amounts of money have been spent chasing down this theory but it has become clear to many researchers that this approach is not working. In fact, drugs developed based on this hypothesis have failed at a rate of 99 percent.

But now, researchers are looking at the bacteria itself and not the proteins that develop when the bacteria is present. Although bacteria has been found in the brains of people who had Alzheimer’s when they were alive, it hasn’t been clear whether the bacteria caused the disease or were simply able to enter brains damaged by Alzheimer’s.

What has identified is that P. gingivalis microbes have been found in the brain regions affected by Alzheimer’s in mice and that it can cause Alzheimer’s-like brain inflammation, neural damage and amyloid plaques in healthy mice.

There is also another unique characteristic about P. gingivalis, it appears to be able to cross the blood-brain barrier by invading white blood cells and living along the outer linings. It may also invade cranial nerves near the mouth, then spread from cell to cell towards the brain over a period of years. But does the mere presence of P. gingivalis mean dementia will occur?

Researchers say there are two clear possibilities that may unfold when it arrives in the brain. First, it may trigger the release of amyloid, the brain’s method of trying to contain the infection, and secondly, this may then kill neurons or it may damage the brain directly.

Researchers already know that Alzheimer’s involves inflammation of the brain as a result of an excessive immune response that kills off neurons rather than protecting them. And because P. gingivalis is known to create inflammation in gum tissue, the same process could be occurring in the brain.

But here’s the problem with this hypothesis, there is also a known genetic factor associated with Alzheimer's and other forms of dementia. In fact, the biggest genetic risk factor for Alzheimer’s is a variant of the gene that makes the ApoE immune protein. So, doesn’t that conflict with the bacteria theory? According to researchers, not at all.

In fact, the human body’s propensity for inflammation can vary according to genetic variations that affect our immune systems, and this may influence how much damage P. gingivalis induces in a brain, they say.

This thinking is supported by a study in Sweden that found that the gingipains released by P. gingivalis break up the ApoE protein into fragments, cleaving it at the site of a particular amino acid within the protein, and that these fragments may go on to damage nerves. This suggests that people who make this variant are at a higher risk of developing Alzheimer’s because harmful levels of ApoE protein fragments build up more quickly in their brains than in those of other people.

Interesting information for sure, but far from a cure. This connection between bacteria and dementia is not new. There have also been links between dementia and other bacterial infections that cause a long-term activation of the immune system resulting in chronic inflammation. Let's look at a few.

Chlamydophila pneumoniae is the bacteria that causes pneumonia and bronchitis. It usually infects the respiratory tract but it can also evade the immune system and remain as a chronic infection inside cells, including white blood cells. This is especially common in people over 60. The bacteria has been found inside the brain cells of people with Alzheimer's disease. Its presence in the brain could cause inflammation, which could contribute to the underlying Alzheimer's disease mechanism. This bacteria is thought to get into the brain by traveling along the olfactory nerve, which transmits information about smells from the nose to the brain. Like other bacteria associated with Alzheimer's and other dementia, it's not clear whether the infection itself affects the progression of the disease.

Spirochetes and a dementia link?

Spirochetes are a type of bacteria that cause diseases like syphilis, Lyme disease and gum disease. We have known for a long time that, under certain conditions, some chronic spirochete infections such as syphilis can cause dementia. However, looking at all the studies that investigate the link between spirochete infection and Alzheimer's reveals mixed results. Some studies found a strong link and some studies did not.

So here's the bottom line, although there have been multiple links made between multiple bacterium and dementia, there is no direct evidence suggesting that bacteria causes dementia. It's clear to see the excitement when researchers find these connections and how newspapers craft headlines to announce these findings, but it does give false hope to individuals and families dealing with a loved one with dementia. It is a classic conundrum of the chicken and the egg.

Simply put, is it possible that the process of Alzheimer’s or other forms of dementia could have already been underway, making the brain susceptible to these bacterium, accounting for their presence in the brains of patients. Unfortunately, there exists evidence that this is a distinct possibility. If this is true, how does it happen?

As we indicated earlier, the Alzheimer's hallmark amyloid protein and the ApoE gene, which are linked to Alzheimer's disease and dementia, appears to contribute to the breakdown of the blood-brain barrier. Once this has been weakened, bacteria, viruses, and other harmful substances can get through the barrier and into the brain much easier. This could explain why certain viruses and bacteria, such as herpes and spirochetes, are more common in the brains of people with Alzheimer's rather than causing the disease. But...we just don't know -- yet.

Although it may seem that we are going in circles, each new finding must be viewed as a step in the right direction. As the average lifespan of this country's citizens slowly extends, dementia is likely to increase in step. Today, there is no cure, but researchers continue to be focused on understanding the processes behind this disease knowing that someday, the secret will be unlocked.

Attorney Connelly practices in the area of elder law. This area of law involves Medicaid planning and asset protection advice for those individuals entering nursing homes, planning for the possibility of disability through the use of powers of attorney for the both health care and finances, guardianship, estate planning, probate and estate administration, preparation of wills, living trusts and special or supplemental needs trusts. He represents clients primarily in the states of Rhode Island, Connecticut and the Commonwealth of Massachusetts. He was certified as an Elder Law Attorney (CELA) by the National Elder Law Foundation (NELF) in 2008. Attorney Connelly is licensed to practice before the Rhode Island, Massachusetts, Connecticut, and Federal Bars.

"The Walk to End Alzheimer's" is October 4 in Providence